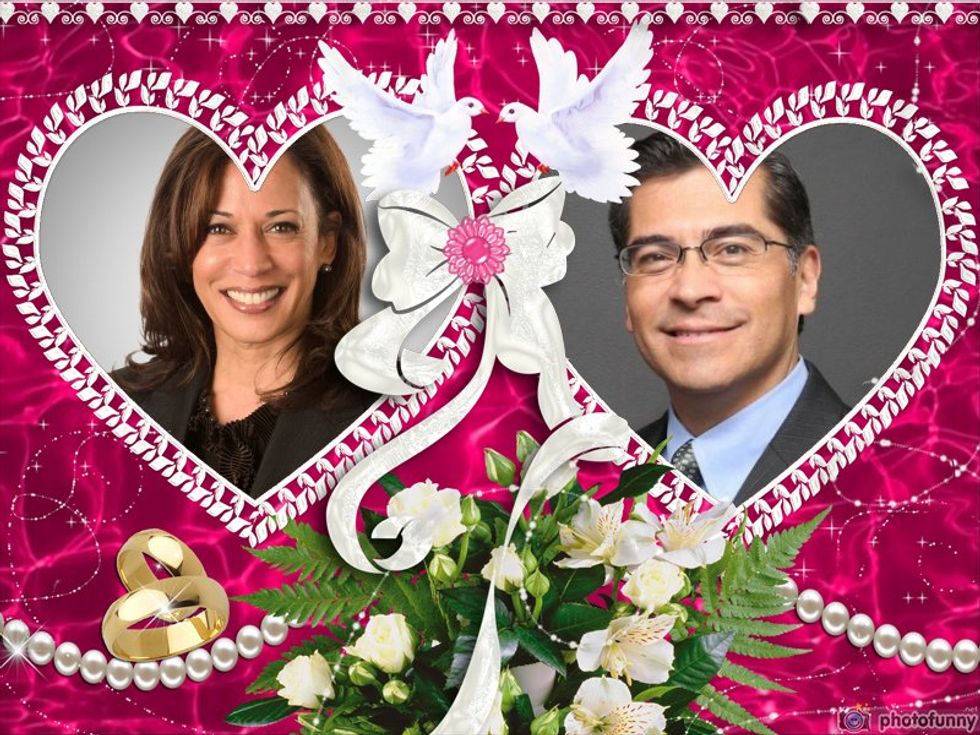 Wouldn't it be so much more fun, sometimes, if reading about politics was more like reading Tiger Beat or Teen Beat or Teen, or J-14, or Seventeen, or Bop, or YM, or Sassy? And like, instead of contemplating the important issues of the day we could just tear out centerfolds of the politicians we like and stick them on our walls and pretend to make out with them, and that would be that? Probably not, it would probably actually be pretty weird. I don't know anyone who did that, anyway. Certainly not anyone who had a weird crush on the guy with the mullet from "Head of The Class."

However! Sometimes we are #blessed with some pretty dreamy pols, whom we also like for their brains. Like the mullet guy on "Head of the Class" who was both a genius and a rebellious wearer of leather jackets. Such is the case with new California Attorney General Xavier Becerra and former California Attorney General turned newly minted Senator Kamala Harris! We can't decide who is dreamier! Especially since both have already made clear their intentions to fight Donald Trump, and made Breitbart VERY UNHAPPY.

Becerra, who was appointed to the position Friday by Governor Jerry Brown and is the state's first Latino AG, has that sexy Goldblum-y thing going on. And, according to the LA Times, he "worked in the Civil Division of the attorney general's office from 1987 to 1990 before entering Congress. Becerra earned a law degree from Stanford Law School and a bachelor's degree in economics from Stanford University." Sexy! Also he loves smooth jazz and handholding, we assume.

They both have some very nice qualities. It's hard to just choose one! Tell us, which California Attorney General would you most like to go on a long walk on the beach with?