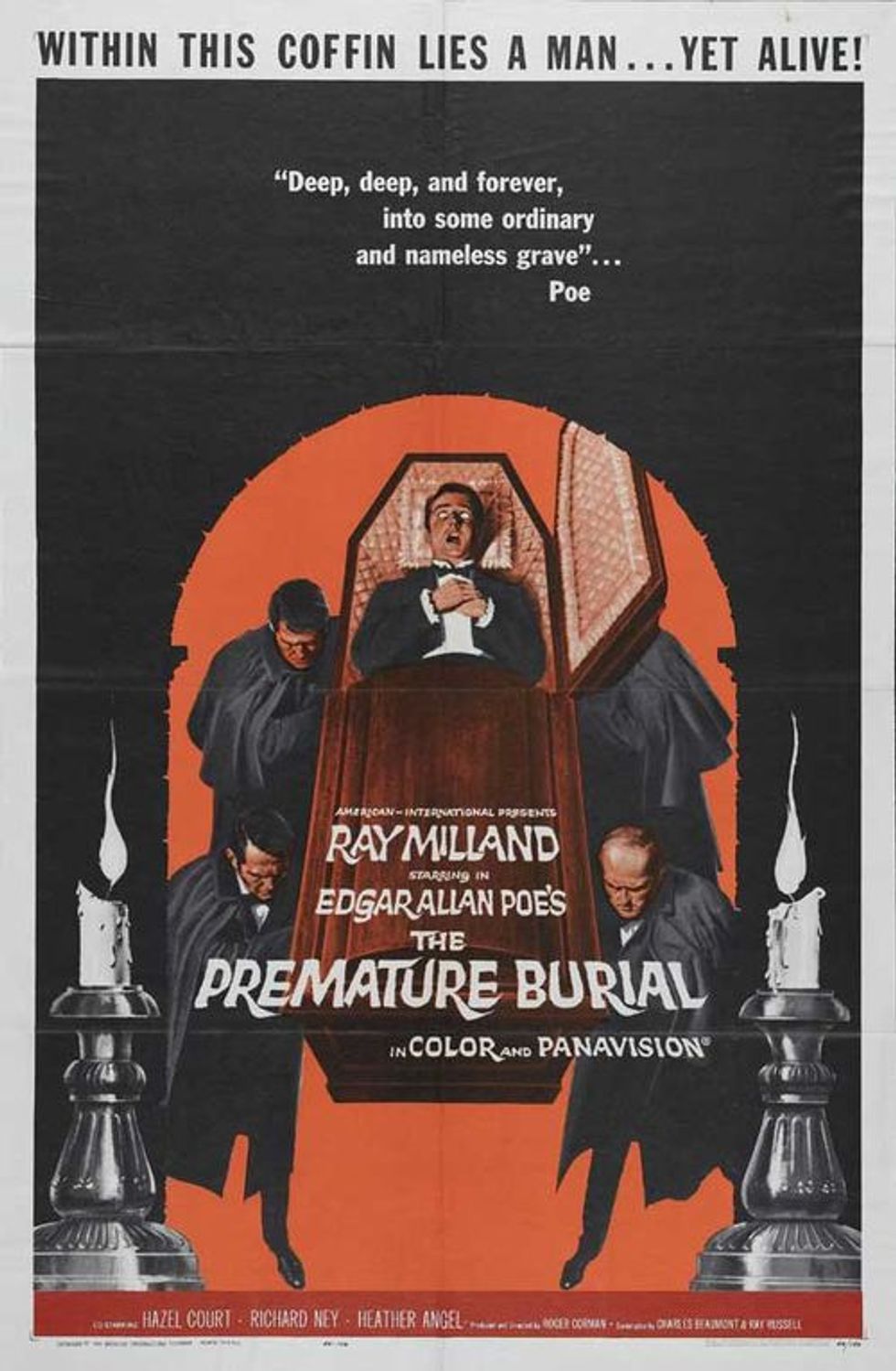 Never one to stoop to hyperbole, Fox News Psychiatric Head Doctor Keith Ablow proclaimed 2013 theyear that marriage finally died, killed by the gays and the liberals and the courts and the polygamists, and also by the celebrities, too. Game over, man. GAME OVER! And just look at the evidence:

More than a year ago, when states began to legalize gay marriage, I argued that polygamy would be the natural result. If love between humans of legal age is the only condition required to have the state issue a marriage license, then it is irrational to assert that two men or two women can have such feelings for one another, while three women and a man, or two men and a woman, cannot ...

Gay rights groups criticized me for suggesting that their bid for marriage rights would lead to polygamy being green-lighted.

Well who's laughing now, huh? Huh? Look what happened! A federal court judge overturned Utah's polygamy law! And now the floodgates are open! Millions of polygamists are gonna start marrying each other all over the place! Never mind that what the judge really threw out was the part of the law that made cohabitation illegal -- the granting of multiple marriage licenses is still very much illegal, and all the court did was to bring Utah law into line with other states' bigamy statutes. But never mind, Ablow's on a roll.

As I predicted, this will officially make marriage the Wild West, in which groups of people can assert that they are married and should have all the benefits of that status, including family health plans and the right to file taxes as married people.

Except, you know, for the part of the Utah decision where the judge actually done wrote that nothing of the sort would happen, because overturning the provision on cohabitation left the rest of the law in force, and that it would continue

prohibiting bigamy in the literal sense — the fraudulent or otherwise impermissible possession of two purportedly valid marriage licenses for the purpose of entering into more than one purportedly legal marriage.”

Oh, sure, the judge says that, but we all know that what's really going to happen is that everyone will be a sister wife and will marry their pets and their Twilight Sparkle plushies and then the C.H.U.D.s will come up from the sewers and start gay-marrying Anderson Cooper!

Ablow then sarcastically (?) outlines his vision of the hellscape that is sure to follow:

Given this dissolution of support for society’s vested interest in providing children with a mother and father they can point to with certainty, in households where both genders are equally represented, it is very clear that government should get out of issuing marriage licenses, entirely.

People who wish to create special partnerships of the heart and home should sign prenuptial contracts with one another and then exchange vows at their churches or temples or in front of gatherings of family or special friends.

No different status or privilege should flow to married people, whatsoever. All individuals who earn income should file taxes, separately.

Or then again, maybe he's serious? Heaven knows there are libertarians who might support this bit:

The truth is that government never had a defensible role in marriage. It should always have been the exclusive domain of the individuals and institutions that choose to recognize such interpersonal unions.

Churches should be allowed to define marriage as they wish and offer marriage certificates only to those who comply with their definitions. Temples, just the same. Communes can do it, for all I care. Any organization, in fact, should be able to award the status to anyone they like. But, states and the federal government should have no part in it, whatsoever.

Only child support should be mandatory, because the state has a legitimate interest in ensuring that minors not be without financial resources.

Meh, not gonna happen anyway; what's sort of amusing is that it's not all that far removed from the pie-in-the-sky calls for the state to only issue civil union certificates for both gay and straight couples, and let churches do things they call marriages if they want. But you only get to file a joint return with the state certificate.

But anyhow, it's all over, says Keith Ablow:

It was always at least a little funny that a huge percentage of people swore to stay together until death, then divorced and remarried.

But, now, it is, officially, judicially, a joke.

Except that five women and a man still can't marry, but you can sure have a nice fit about it, Keith. Panic about the imminent disappearance of marriage has been around as long as the institution itself.

But there's still plenty to worry about -- somewhere out there right now, there could be some boys wearing nail polish, too.