Wow, Turkey Is Being An *Unbelievable* Dick 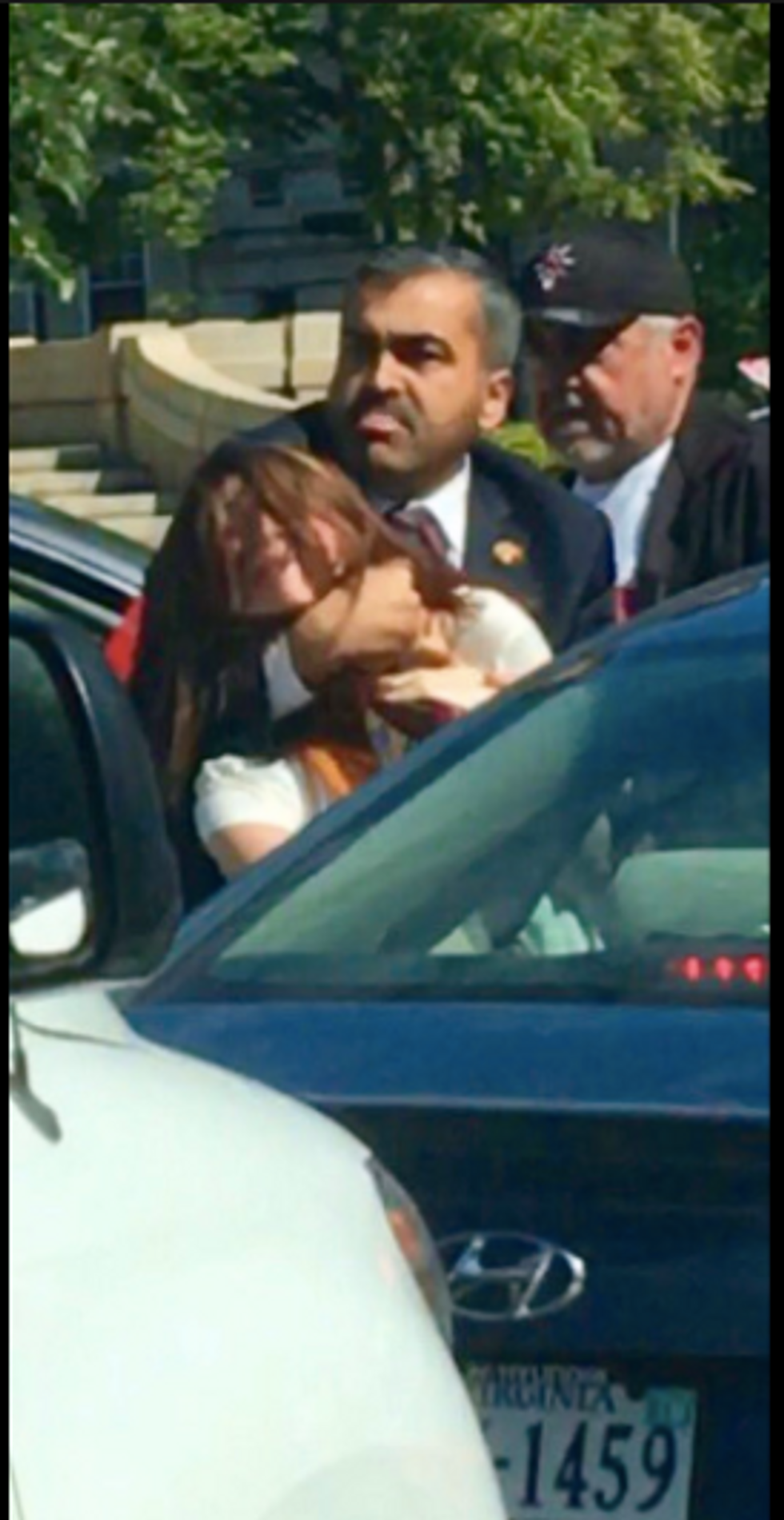 Last week, we brought you word of the bodyguards of Turkish President Recep Tayyip Erdogan just stone-cold wilding on a bunch of peaceful protesters. In America. Then we brought you the pretty important update that we had been incorrect in thinking Erdogan was dining with President Donald Trump and Vice President Mike Pence when the savage beatdown that sent nine protesters to the hospital happened; in fact, Erdogan's lavish luncheon with Trump and Pence was already over when it happened, which we knew because there was video of Erdogan personally directing the attack from the back of his Mercedes.

As a fascist does.

And now? Erdogan's turned on his gaslights. His government in Ankara has summoned the American ambassador to lodge a formal protest for forcing Turkish goons to choke a woman until the blood vessels in her eyeball burst, and to kick an old man in the head until his teeth fell out.

Local police officials said the Turkish guards savagely attacked a peaceful protest outside the Turkish ambassador’s residence as Erdogan was visiting, in a bout of violence that was captured in detail on video. Turkish diplomats, though, criticized the local police for failing to quell an “unpermitted” and “provocative” demonstration.

The Turkish foreign ministry’s statement on Monday went even further, criticizing “the inability of U.S. authorities to take sufficient precautions at every stage of the official program.” And it demanded that the United States conduct a “full investigation of this diplomatic incident and provide the necessary explanation.”

Here's all the "full investigation" you need:

1. Bodyguard leans down and gets instructions from Turkish President Erdogan.

2. Bodyguard passes on command to second man, who runs into crowd.

In the United States of America, it is still legal to assemble and shout "provocative" things. Although judging by the glimpse of dissent-free authoritarianism the Trump administration saw in Saudi Arabia -- and their shining wonder at that sweet sight -- we may want to make the most of the First Amendment while it's still operative.