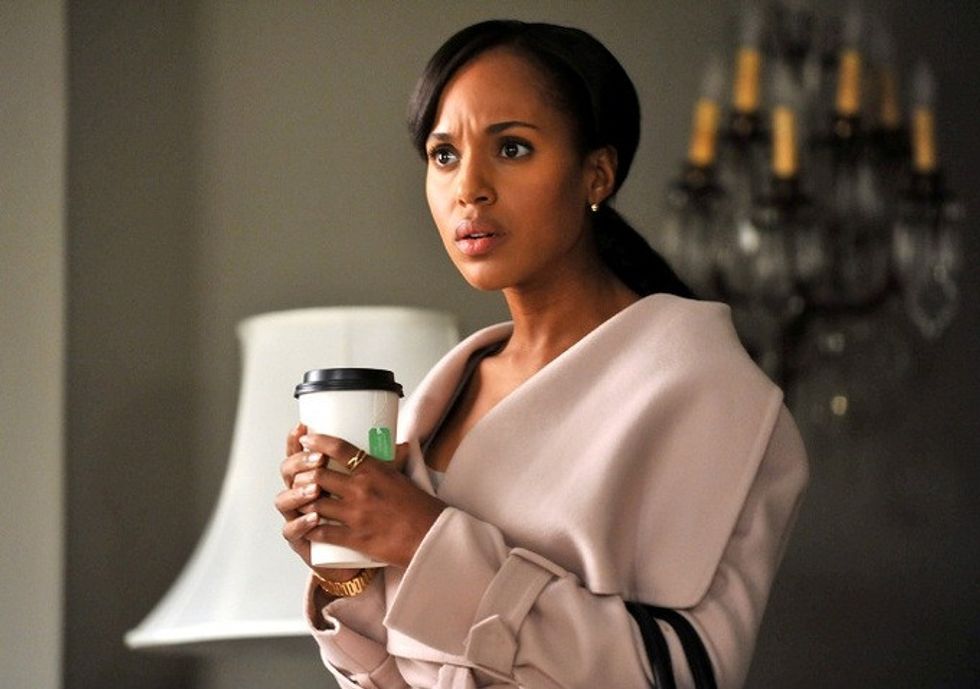 Fine, Shonda Rhimes, we forgive you for ending "Scandal" a few seasons early because it's so difficult to write "Scandal" in Trump's America, where literally everything is a scandal.

Because listen, hear us out on this, but we couldn't help but notice that things very similar to the resignation of White House staff secretary and reported Hope Hicks boyfriend Rob Porter, over his many wife-beating allegations, have actually literally happened on "Scandal." Know how "Law & Order: SVU" does that thing where one of the Duggar boys fingers his family, and then six months later on TV Detective Olivia Benson is investigating "The Guggars"? In this case, it's happening in reverse. Now it seems like the Trump White House is taking its cues from the TV, which isn't surprising, since President TV Dinner takes his intelligence briefings directly from "Fox & Friends," and also spends the rest of his day watching TV.

Abby Whelan's wife-beaty ex-husband is hanging around the White House, you cool with that, Abby?

In season four, Abby Whelan is the White House Press Secretary. But years before that, DC fixer Olivia Pope had rescued Abby from her abusive marriage to Charles Putney, who was somehow involved in politics, we cannot remember. But suddenly, because of a #SCANDAL, a senator from Virginia has to resign, and President Fitzgerald Grant decides to give that same wife-beaty guy Putney his very high-profile endorsement in the special Senate race. Hey, Abby, your abusive ex-husband is in the White House RIGHT FUCKING NOW. He seems to be hanging around a lot, because your boss endorsed the guy who beat you up and ruined your life. Is that OK with you?

Um, no it is not, so Olivia Pope is like "I will fix this, ABRACADABRA and ZING!" and decides to run the campaign of a then unknown Virginia politician, Susan Ross, against Putney. In the end, this other DC fixer guy Leo Bergen, who is a gross creep in earlier seasons, comes to Abby's aid and publicly humiliates Putney, which forces Putney to withdraw from the race, and Ross wins. Of course, because this is Hollywood, Leo ends up becoming Abby's adorable gross creep boyfriend, but to be clear, he isn't gross in a wife-beaty way, so it's cool. Abby just has odd taste in men, like someone else we could mention, is all.