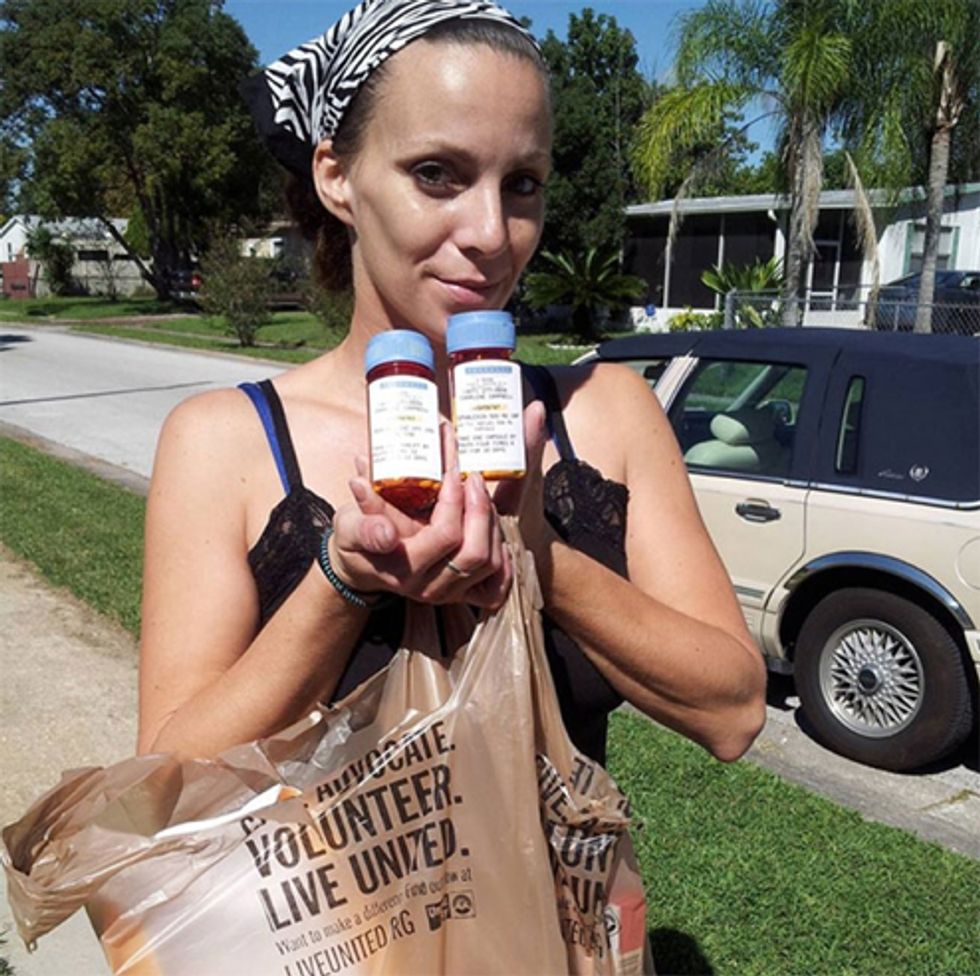 Next time you see someone like Americans for Prosperity'sJennifer Stefano shouting about the ridiculously generous benefits for Medicaid under Obamacare, you might want to picture Charlene Dill in your head. Charlene Dill was a 32-year-old woman who had three kids, was separated from her husband, and, with a combination of part-time jobs, was barely scraping by. She got booted off Medicaid because her princely $9000 a year was too much income -- she couldn't afford a divorce yet, so the program took her estranged husband's income into account. And that was a problem, because Charlene Dill had a heart condition that could be managed with medication, which she couldn't afford without Medicaid. And so on March 21, Charlene Dill died of heart failure while demonstrating a vacuum cleaner at a home in Kissimmee, Florida. She would have been covered by Medicaid if Florida had agreed to expand the program under the Affordable Care Act, but Florida's legislature has so far blocked it, because Obamacare is bad, and handouts make people lazy.

Go read the full story by Wonket friend Billy Manes at Orlando Weekly. We need to be angry about this. Dare we say it, we need to be emotional about this. People who fall into the gap between Medicaid and the level of income subsidized by the ACA are dying because they cannot get medical care. These aren't people who are inconvenienced because they had to switch plans. These are people who are left out of the system altogether through the deliberate choice of governors and legislatures who want to score a point against Barack Obama.

We will really try to put some jokes into this piece, but don't get your hopes up too much.

Charlene Dill's best friend, Kathleen Voss Woolrich, has been employed as a temp, canvassing for the Service Employees International Union and for Planned Parenthood, getting people signed up for Medicaid or for the ACA if they qualify, so she has seen many other people in her friend's situation:

women with tumors that had yet to be treated, many chronic conditions affecting people living in the gap, and sometimes she found herself having to be the bearer of bad news.

And Woolrich had been trying to raise money through online crowd-funding sources to cover Dill's medications -- she was able to cover some of the meds, but not all. After Dill's death, Woolrich also raised $4,000 to bury her friend.

Woolrich also wrote about Dill for a blog post, noting that because Dill had multiple chronic health problems but no insurance, she got such health care as she had by going to emergency rooms, where she'd get her most serious problems addressed, at high cost to everyone, but an ER is no place to treat a chronic condition.

You see the main argument Republicans use is that its some lazy person who needs medicaid expansion. That those of us living without healthcare or dental care are lazy. But my friend a single beautiful mother worked 3 jobs. She paid taxes. She paid her house taxes. And now shes dead

Florida Republicans are not planning to address Medicaid expansion this year. There's an election, after all.

Oh, look, we neglected to make this post funny. Our bad.

[Orlando Weekly / Women on the Move via ThinkProgress]