You Are Not Going To Believe This, But James O'Keefe's Hollywood 'Sting' *May* Have Been Deceptively Edited 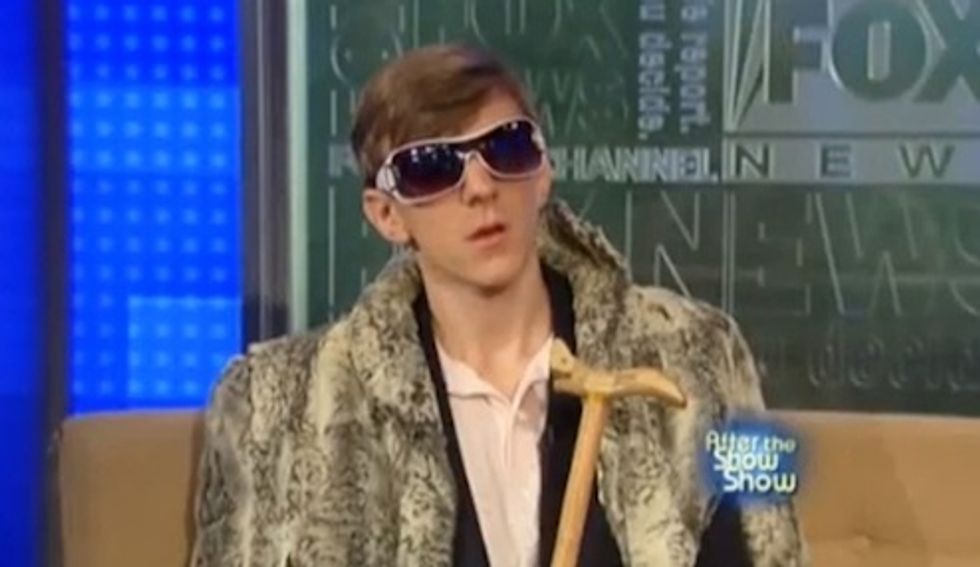 Hey,remember yesterday, when superjournalist James O'Keefe proved beyond a shadow of a doubt that hypocrite "environmentalist" Ed Begley Jr. makes love to greasy piles of Muslim oil money, and Mariel Hemingway's a giant whore? Well, not to pull your world out from under you, but those tapes may have been selectively edited.

We will wait while you do some meditation or smoke some drugs to get your head back on right.

Ready? Well, another person O'Keefe surreptitiously taped while pretending to be a mysterious man named "Muhammed" is used to the natural gas industry doing Scientology-style skeezy shit to him, as he's the guy behind Gasland and Gasland II, about the marvelous marvels of fracking greatness, what is great. And he taped the phone calls as well. (Audio at the Daily Beast.) Would you believe that one of these phone calls is not like the other?

It all started last December, when [Josh] Fox began receiving emails from an unfamiliar group called Beacon International, claiming to represent overseas donors interested in funding his next anti-fracking film. Naturally, he was dubious. After scouring the Internet for information on the company and finding only a bare-bones website that “basically looked like a joke site put up overnight,” Fox concluded that the emails were a scam and decided to ignore them. But they kept coming.

In the recording, which you can listen to [at the link], Fox is heard repeatedly asking Brandon Turner from Beacon International to identify his clients. Turner says only that his clients are “people from Europe, and the Middle East, but mainly Europe at this point,” environmentalists who are interested in funding an anti-fracking film. Turner continuously declines to name the European benefactors and instead asks Fox several times whether he’d be willing to set up a meeting. Fox explains in a variety of ways that he “can’t participate in something where, um, we’re taking money from people who aren’t identified. That’s not kosher for us.”

After several minutes of back and forth, in which Turner attempts to convince Fox that his clients are earnest environmentalists, Fox says that “obviously there are projects that we are working on ahead of time, that we’re working on now, that do sound like they would be interesting to your clients.” He immediately follows that comment up with a stipulation. “However, I really feel like I would need a more formal approach than just ‘Come meet me for coffee, this is the company we work for,’” Fox is heard saying. “We don’t know much about your company...I would need to have more transparency than you’re giving me right now to feel comfortable with doing that.”

And we are guessing that is exactly how James O'Keefe reported it.

At the end of O’Keefe’s video, Fox is heard saying, “Obviously there are projects that we are working on ahead of time, that we’re working on now, that do sound like they would be interesting to your clients.” But his stipulations have been cut.

“We have them caught in total deception,” Fox says. “This phone call reveals exactly how they work. They willfully portray it in the wrong light. They edit it so it sounds like you said something that you didn’t. Luckily I had the full tape.”

Sorry, but we are on the ground and can't get up, because we have been knocked over by this Godzilla-sized feather.