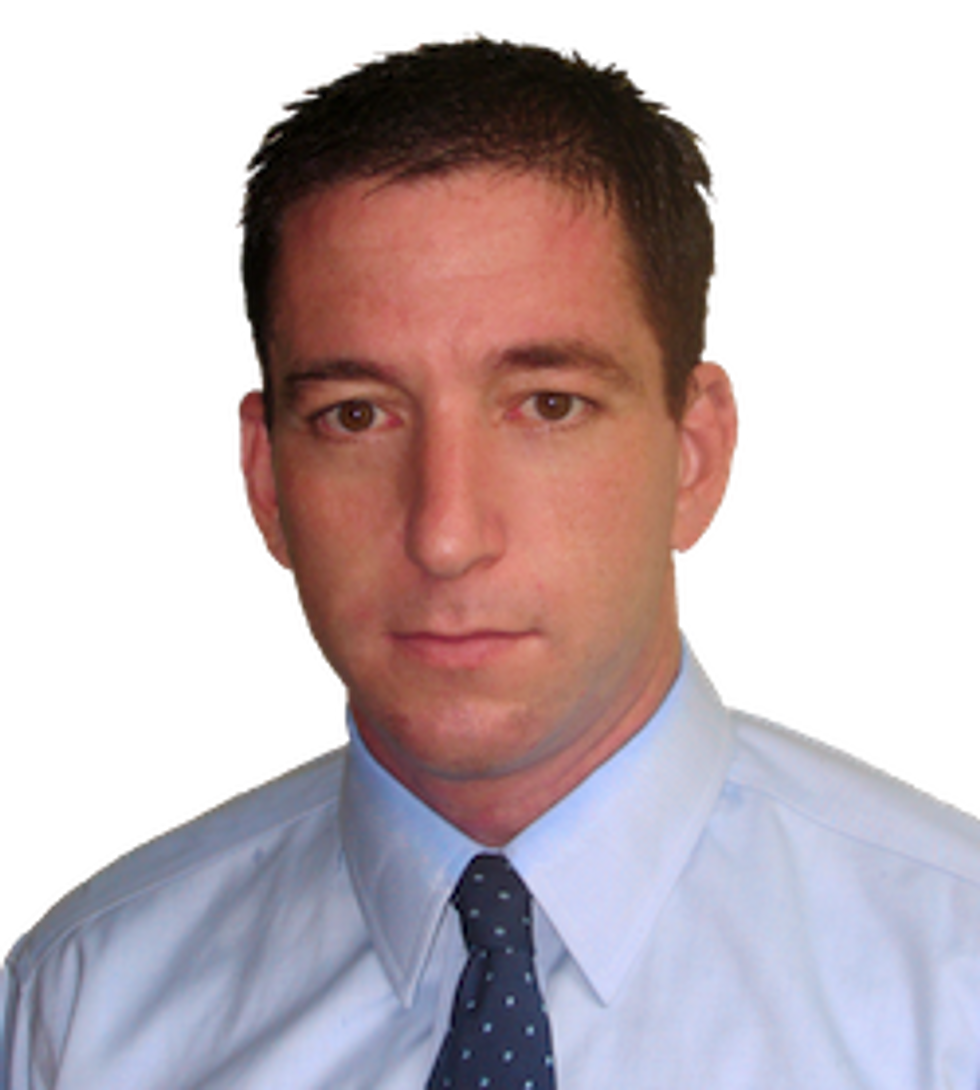 Oh hai, Glenn Greenwald, how are you being an atrocious monstrous hellbeast today? Oh, you arethe one human being on earth who doesn't think World President Barack Obama should bonk Nigerian president Goodluck Jonathan on the head, tie him up in his presidential palace, and send Seal Teams Six, Seven, Eight and Thirteen to go find the Nigerian schoolgirls?

Weird. We never would have guessed.

Now. As our dear wonkers have pointed out, there are things to fear in a high-risk mission to get those girls. A high-risk mission could fail, Jimmy Carter-style! That would be bad! Some of our more cynical wonkers think that President Kenya Kincaid only cares about the girls because Nigeria = oil $$$. Those wonkers are incorrect.

But only Glenn Greenwald is a massive enough dick to say we shouldn't go at all, because we are BAD, BAD, VERY BAD. WORST PEOPLE, US. NO HUMANITARIANISM EVER, because BAD. Here, let's let him tell it:

Virtually all history! That is so much history! We would add in some times that the U.S. intervened in something because it was the morally right thing to do -- like, we might say "when Bill Clinton sent in the Marines to install Jean-Bertrand Aristide as Haiti's rightfully elected leader," or, like, we don't know, DACHAU -- but we are obviously letting our sentimentality blind us to the geopolitical realpolitik that actually undergirded those crap neoliberal imperialist decisions. Would it be colonial or imperial of us to help find the Nigerian schoolgirls, Glenn Greenwald? Would it be morally un-relativist to insist the Western way of not kidnapping schoolgirls to sell into slavery is superior to the batshit fundamentalist Boko Haram way of kidnapping schoolgirls to sell into slavery?

How about this, Glenn Greenwald? How about just this time -- just this once! not even more than once -- you shut your fucking mouth.