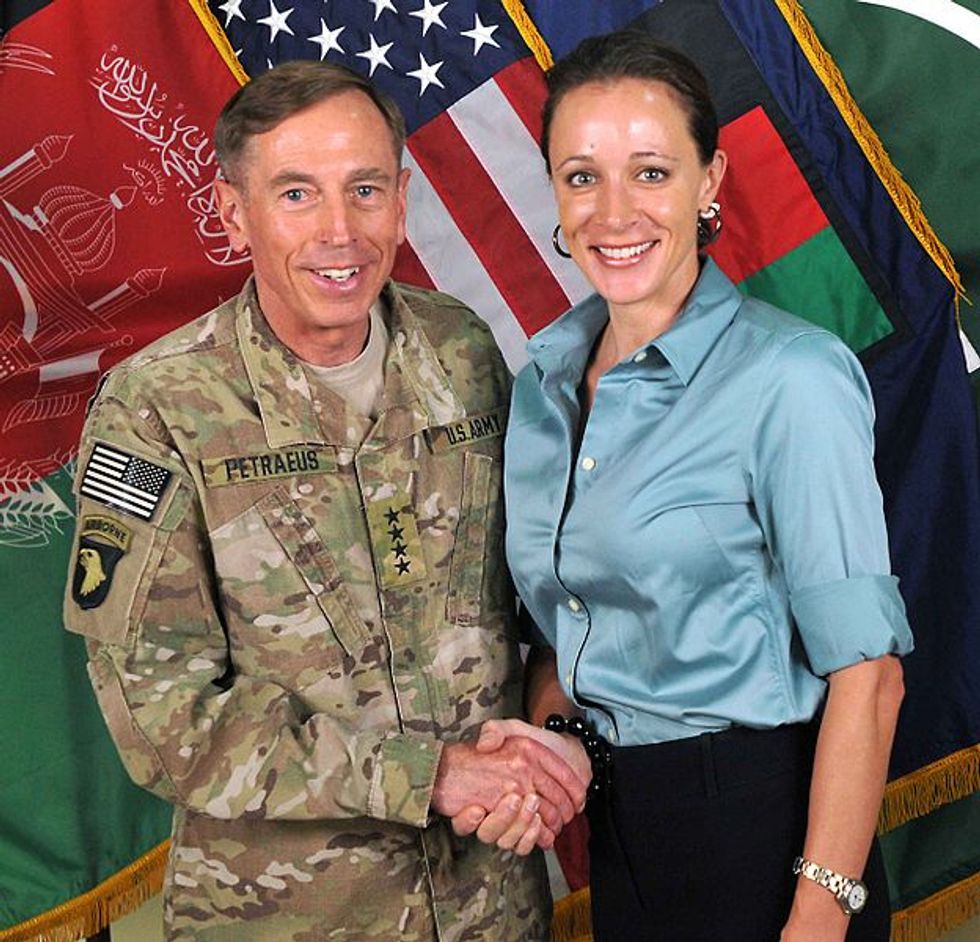 Wingnutty Expert on Everything Andrew Napolitano was all over Fox News Monday and Tuesday to float his expert opinion on why former CIA director David Petraeus is maybe going to face criminal charges for being a Gangster of Love. It's all just because Barack Obama is out to get David Petraeus, who never did nothin' wrong, because 1) Obama wanted to short-circuit Petraeus's bright political career, and/or 2) Petraeus was about to spill the beans on what REALLY happened at Benghazi, so somebody in the White House revealed that the former general was boning his biographer, which somehow made it impossible for him to ever speak the REAL truth.

Here's Napolitano on the Monday installment of The Kelly Files, explaining that it's no big biographer Paula Broadwell had classified documents on her computer, because she had a security clearance, too! Maybe not one that enabled her to have those documents, but it was a clearance, and nobody thinks she was selling the secret formula for Upsydaisium to Pottsylvania, so why make some kind of federal case out of a mere security breach?

[contextly_sidebar id="i6Arx9Fu0OBRR09LRsSBuuqVtdb8t8Pz"]Napolitano thought that might be a possibility, and added, in his best Judge Voice, "You cannot ethically and lawfully use a threat of prosecution for political purposes, but I'm not naïve; that obviously has happened before." He also mentioned, offhand, that Petraeus definitely knows more about Benghazi than he's said publicly, a point that got Steve Doocy very excited on Tuesday's Fox & Friends. We got the security clearances and the "no harm, no crime" bit, but Doocy really wanted to talk Benghazi:

It's all about keeping him quiet [...] He was about to tell the true story, and then he gets a call: "Hey, we know about your girlfriend." It's to keep him quiet.

Doocy didn't quite explain how that blackmail scheme was supposed to keep Petraeus from telling the Real Truth About Benghazi once the news of the affair was out and Petraeus resigned. With no secrets holding him back, presumably he could reveal that, yes, Barack Obama was the Manchurian Candidate on the Grassy Knoll who issued the stand-down order and also shot J.R.

Napolitano continued with the Great Political Candidate narrative, because he reads his memos from the boss, and then launched into a Belushi-esque rant about the unfairness of it all. Why would Obama bring Petraeus out of retirement and make him head of the CIA, after he saved All the Lives in Iraq and Afghanistan, only to "cut his legs out from under him because of some personal impropriety that has nothing to do with his office, and now they want to prosecute him!" A sane person might think that maybe Petraeus did a pretty good job of stepping on his very own Spy Tool, but no, somehow Obama set him up -- it's the only thing that makes sense.

Ultimately, says Napolitano, there'll be no prosecution, because no actual harm was done, unlike in Benghazi, where four Americans died and maybe after another seven or eight investigations, we'll know why Barack Obama killed them.