Your Early Valentine: A Health Secretary Who Hates Your Birth Control! :D 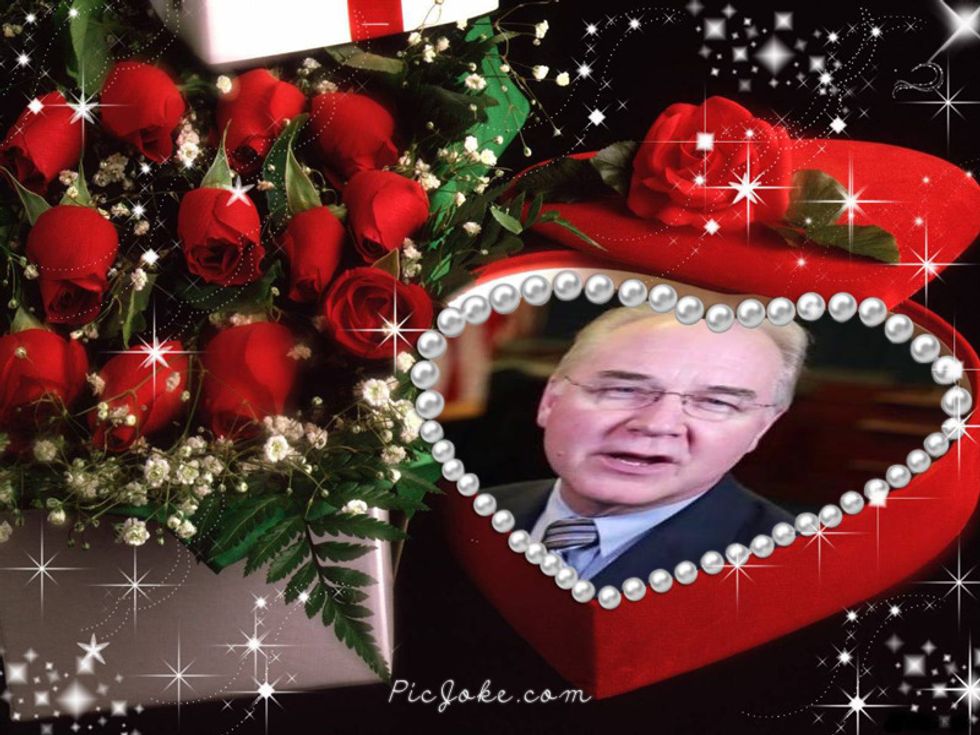 Congratulations, people with no interest in ever having sex for non-procreative purposes again! You got an early Valentine this year from the president, in the form of new Health and Human Services Secretary Tom Price! WHAT A CATCH.

The notably grifty Georgia Congressman was confirmed by the Senate today, 52 to 47, which is very bad news for sex-havers across the nation.

[wonkbar]<a href="http://wonkette.com/610910/yes-trumps-hhs-pick-tom-price-is-grifty-but-hes-also-a-whackjob-win-win"></a>[/wonkbar]It's probably no surprise that Price is extremely anti-choice. He is, after all, a Republican, and Donald Trump's choice to head the Health and Human Services Department. He's got a zero rating from Planned Parenthood, and as a congressman he co-sponsored two "Right To Life" bills meant to ban both abortion and emergency contraception, because he believes fertilized eggs are human beings. Twice, he's voted for the Pain Capable Unborn Child Protection Act, which would have made abortion illegal after 20 weeks! Because he is stupid and thinks a fetus can feel pain at that point, when in fact it cannot.

He hates it so much that he thinks your boss should be able to fire you if you or your partner uses it! Can you even imagine hating sex that much?

As far as subsidized/insurance-covered birth control is concerned, Tom Price thinks that is just totally unnecessary, because there isn't even any such thing as a woman who can't afford birth control! So there!

Price told ThinkProgress in an interview:

Bring me one woman who has been left behind. Bring me one. There’s not one. The fact of the matter is, this is a trampling of religious freedom and religious liberty in this country. The president does not have the power to say that your First Amendment rights go away. That’s wrong.

Ahahaha! Poor people don't exist! That is just silly! All the women in this country can afford birth control. Tom Price knows all the women and what they can afford.

Except the really weird thing is -- after the ACA birth control requirement was enacted, the abortion rate went down. Why? Because more women had access to birth control and therefore had fewer unintended pregnancies.

Not only does Price want to totally defund Planned Parenthood, he also wants to totally eliminate all Title X funding. Birth control provided to low-income women through Title X funding prevents an estimated 1.94 million pregnancies a year, and seeing as how about 4 million babies are born a year, this would result in a 50% increase in our population. 2 million more babies a year, born to women who cannot even afford birth control. That should work out nicely!

Oh, yeah -- we certainly don't want people going around getting treatment for STIs!

What’s the difference between a pile of dead babies and a pile of sand?

You can't prevent a pile of sand with birth control, STI testing and vaccines.

Of course, on the bright side -- the women having these unwanted babies will at least not be fired by their employers for having taken birth control.